skip to main | skip to sidebar

So I made it to the park this past weekend. The weather cooperated at little too well this time and it was quite toasty. Thank you to all the pups that kept their paws crossed for good weather! I got to stay at the park for a little over an hour. 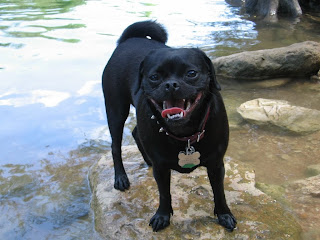 The park was super smelly this time because I saw lots of dogs playing. I was trying to mind my own business in my sniffing when a rambunctious puppy named Evie decided to chase me around. Evie is a Chow/Newfoundland mix and is only 4 months old. He was full of energy and wanted to throw me around like a stuffie toy.

As you can see, he will be a super big pup when he is fully grown. I wasn't too amused when he chased me around. I found refuge on top of a rock and he was still persisitent. At one point, I thought he was going to push me into the water.

After all the chaotic chasing I continued to sniff. 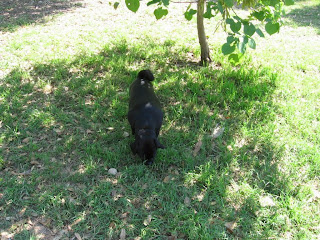 And sniff some more. 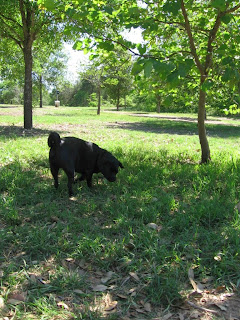 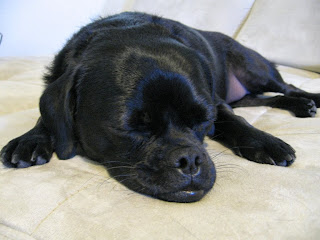 I hope everyone also had a fabulous weekend!

Hi, CoCo!
Evie sure is full of energy. He has a huge paws!
Glad you had fun at the park.
My weekend was very quiet. We had dusty storms so I had to stay inside me house!
Kisses and hugs
Lorenza

Looks like you had a great sniffing time at the park! Yay for good weather! Yeah, Evie looks big.

You look like you had a blast with Evie! We sure hope you get to go to the park again real soon!

Love ya lots,
Maggie and Mitch

Wow, looks like you had a grrrreat time (Except for the bath)! That puppy sure is cute, but it does have a lot of energy!

Evie looks like one energetic bundle of devildogness!! so glad she didn't push you in or i would have had to come show her what happens to dogs who mess with my buddies!!
You look so beautiful in your afterpark snapshot.. i know you had endured the trauma of a bath and were exhausted after the Evie antics... but you sure look gorgeous!!

CoCo to Evie you were a living breathing stuffy toy! Still looked like a lot of fun! Your dog park looks better than mine. You got water and trees, all we got is grass and a big hill.

Hi! Coco,
oh my! That was a puppy?! only 4 months old? goodness!
He is so full of energy. That's how I am in the dog park too! hee hee

Looks like you had a super good time CoCo! Thanks for all the well wishes you have been sending my way! I am feeling soooooo much better now! Mom tells me I may even get my place back in the big bed with her tonight! Yeah! I hate sleeping in the big old kitchen all by myself. It's scary in there at night, even with a light on!
Later,
Ozzie

You're so adorable Coco!

Wow! Your trip to the park looks great!

We think you're super cute.

Hi CoCo! Glad you had fun at the park. Thanks for visiting. I am not always a naughty dog, or even a devil dog. But when I climb on the chair and from there onto the counter and eat all the leftover spaghetti and meatballs, I am not such a good dog.

Hello Coco, WOW your dog park looks huge ! We do look kinda same,doncha agree ? Thanks for dropping by my Blog. It was nice to meet you - licks from Mimi the Pug

Coco! Every time you were on that rock I was so scared you'd fall in the water!! You have a great park and I'm real glad you had such a good time! That Evie sure tuckered you out but what a sweet sleep, right?

Hi Coco- it's nice to meet you. We went to the dog park today too, and there was a black puggle there that could have been your twin! Your park looks super nice - I wish we had one with a lake!

Hi Coco!
Oh, looks like you had so much fun! Too bad about the terrible bath afterwards. :(
Love Clover xo

CoCo
I am a Puggle...a designer hybrid of a Pug & Beagle Mix. I am super smart and I know lots of tricks. Show me a yummy treat and I'll show you what I can do! I live with my Daddy and his roommate, Uncle Gary. I have two furry roommates, Susie & Duke. My Mama lives at her house and comes over to see me a lot! She is also my personal assistant to my blog! 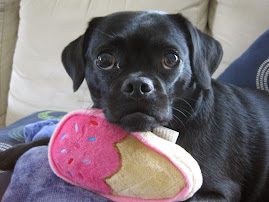 I'm starting to gray under my chin! 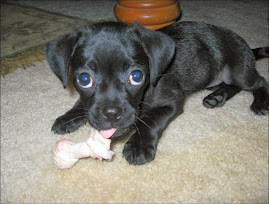 This picture was taken one day after my Gotcha Day 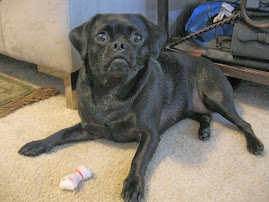 I will be 2 years old on July 15th, 2008. My Mama tried to replicate my baby picture, but I was not cooperating. 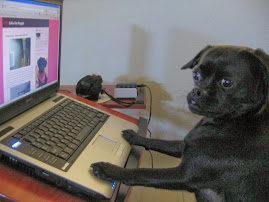 I hope everyone enjoys reading my blog because I work hard at it. I definitely enjoy reading everyone else's blogs and love making new friends! Hugs to everyone!!! CoCo Puff 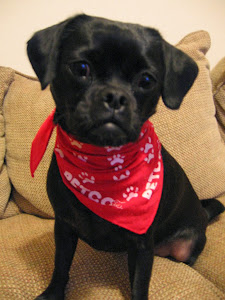 Puggle Friends of Mine 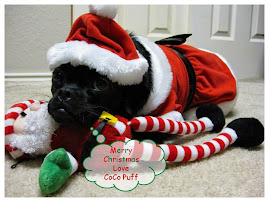 I hope everypup and everyone have a safe and very Happy Holiday Season! 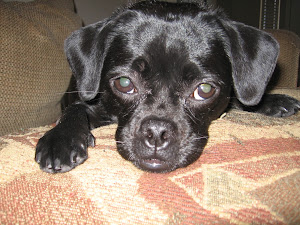 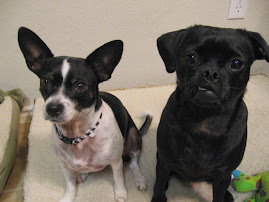 Susie is the mastermind of all deeds! 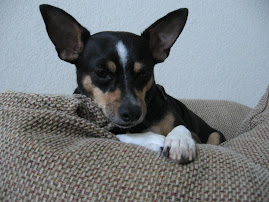 I think Duke is about 7~9 years old. Uncle Gary picked him up as a stray, so we do not know the exact age of Duke. He is a Chihuahua Terrier Mix 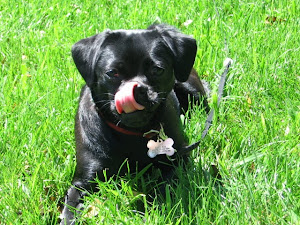 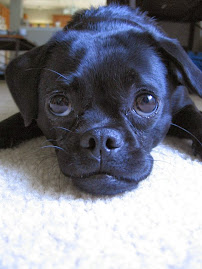 This works everytime with the parents. I have them wrapped around my paw with my googly eyes.

Okay, Tell Me When! 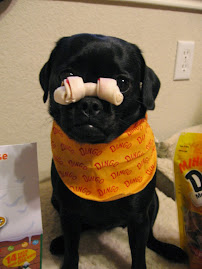 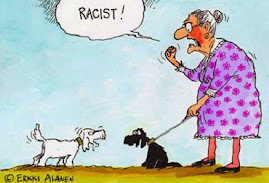 No Pun Intended! I am a well behaved pup when it comes to walks. There are some dogs that are barkidy barkers. I thought this comic was appropriate...except my Mama is much prettier than the comic pictured...hee hee hee! 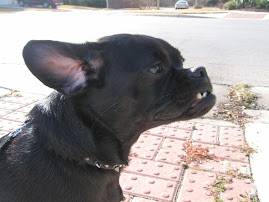 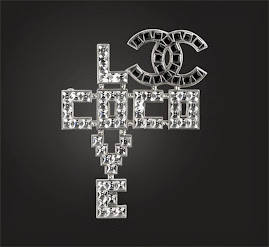 This pendant is most appropriate for my Mama to wear. High in fashion with a True Statement! 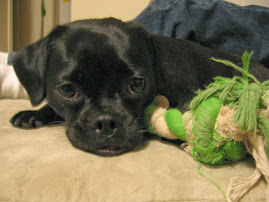 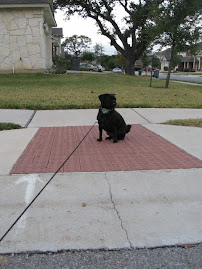 Mama makes me look stop, sit and look both ways before crossing the street. 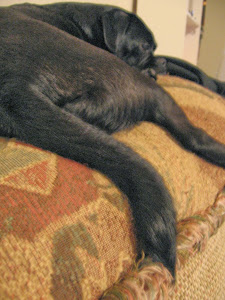 My tail straightens when I'm asleep or super relaxed!

Do Not Wash My Bone! 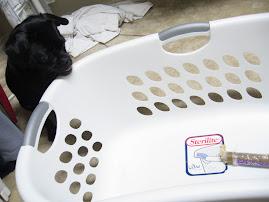 What is my bone doing in the laundry basket? It belongs in my mouth! 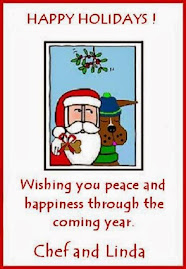 Thank you Chef for this super adorable ecard! I love it! Merry X-Mas to Chef & Linda!!!

Thank you Serendipity Happy for this great reward! Thank you Chef the Boxer for this fabulous award!

Thank you Eduardo the Puggle for this fabulous award. It is great and I'm glad we are friends!!!

Thank you to MeiMei & Miko for this fabulous Award

A Big Heart for CoCo 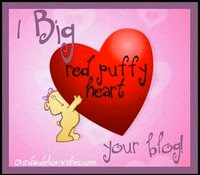 Thank you Cutie Clover the Pug for the Love!

Thank you Rambo for this honor!!! Thank you Chef for giving my this award too! 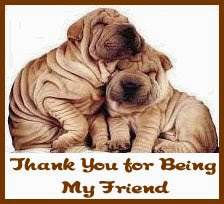 Thank you Crikit, Sparky, and Ginger for including this newbie as a friend! We feel very welcomed! I know that every pup out there have probably received their "friend award" already, but I would like to give this Friendly Award to Sparky and Patches, Zoe the Puggle, Bumbler the Puggle, Preston the Puggle, Amber-Mae and friends. Thanks for being my friend!